The next meeting of the Miami Pioneers and Natives of Dade will take place at the usual location at 2:30pm on Sunday, February 5, 2017 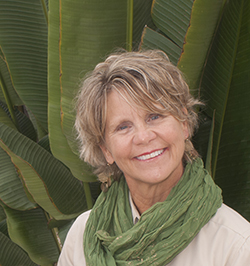 Christine Rupp is the Director of Dade Heritage Trust. She joined the organization in November of 2015 and has made public awareness and education a priority.

In addition to integrating new educational and heritage tour programs, she has developed a relationship with the National Trust for Historic Preservation to assist with preservation issues in Miami.

Due to the new focus of the organization and its outreach efforts, The Greater Miami Convention and Visitors Bureau also recently named the Dade Heritage Trust headquarters an Official Heritage Tourism Visitors Center.

Prior to joining Dade Heritage Trust, Ms. Rupp was the Director of the Coral Gables Museum.

Chris is an avid cyclist, who works tirelessly to promote the benefits of bicycling as a means to get to work and for pleasure. She leads the Dade Heritage Trust bike tours each month and continues her work with Bike Walk Coral Gables and the City of Coral Gables to program bike-friendly events such as the annual Coral Gables Bike Day.

In addition to her involvement in the South Florida community, she also owns a family farmhouse and barns on five acres in Ohio which she is restoring to become a working farm.