We often hear the term “Florida Cracker” used in conversation, but what does it really mean?

Historically speaking, Florida cracker refers to colonial-era English and American pioneer settlers and their descendants in pre-American Florida territories. The first of these arrived in 1763 after Spain traded Florida to Great Britain following the latter’s victory over France in the Seven Years’ War. 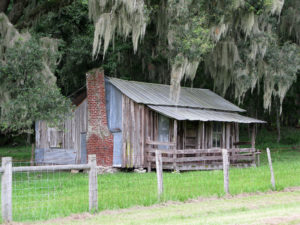 The term “cracker” was in use during the Elizabethan era to describe braggarts. The original root of this is the Middle English word crack, meaning “entertaining conversation” (One may be said to “crack” a joke).

By the 1760s, the English, both at home and in the American colonies, applied the term “cracker” to Scots-Irish and English American settlers of the remote southern back country.

The word was later associated with the cowboys of Georgia and Florida, many of them descendants of those early frontiersmen who had migrated South.

The Florida “cowhunter” or “cracker cowboy” of the 19th and early 20th centuries was distinct from the Spanish vaquero and the Western cowboy. Florida cowboys did not use lassos to herd or capture cattle. Their primary tools were cow whips and dogs. Florida cattle and horses were smaller than the western breeds.

In modern use, among some Floridians, the term is used as a proud or jocular self-description. Since the huge influx of new residents into Florida in the late 20th and early 21st centuries, from the northern parts of the United States and from Mexico and Latin America, the term “Florida Cracker” is used informally by some Floridians to indicate that their families have lived in the state for many generations.

It is considered a source of pride to be descended from “frontier people” who did not just live but flourished in a time before air conditioning, mosquito repellent, and screens. 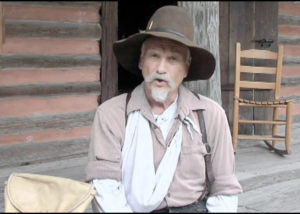 Since the late 20th century, the Cracker Storytelling Festival has been held annually in the fall at Homeland Heritage Park in Homeland, Florida.

The Cracker Storytelling Festival includes many storytellers from around Florida who come to share their stories with visitors. The majority of visitors who attend this event are students, because storytelling is part of the Florida curriculum.

The Florida Cracker Trail runs from just east of Bradenton, and ends in Fort Pierce, a total distance of approximately 120 miles (190 km). In years past, this route was used for both cattle and horses. Today it includes parts of State Road 66, State Road 64, and U.S. Highway 98. 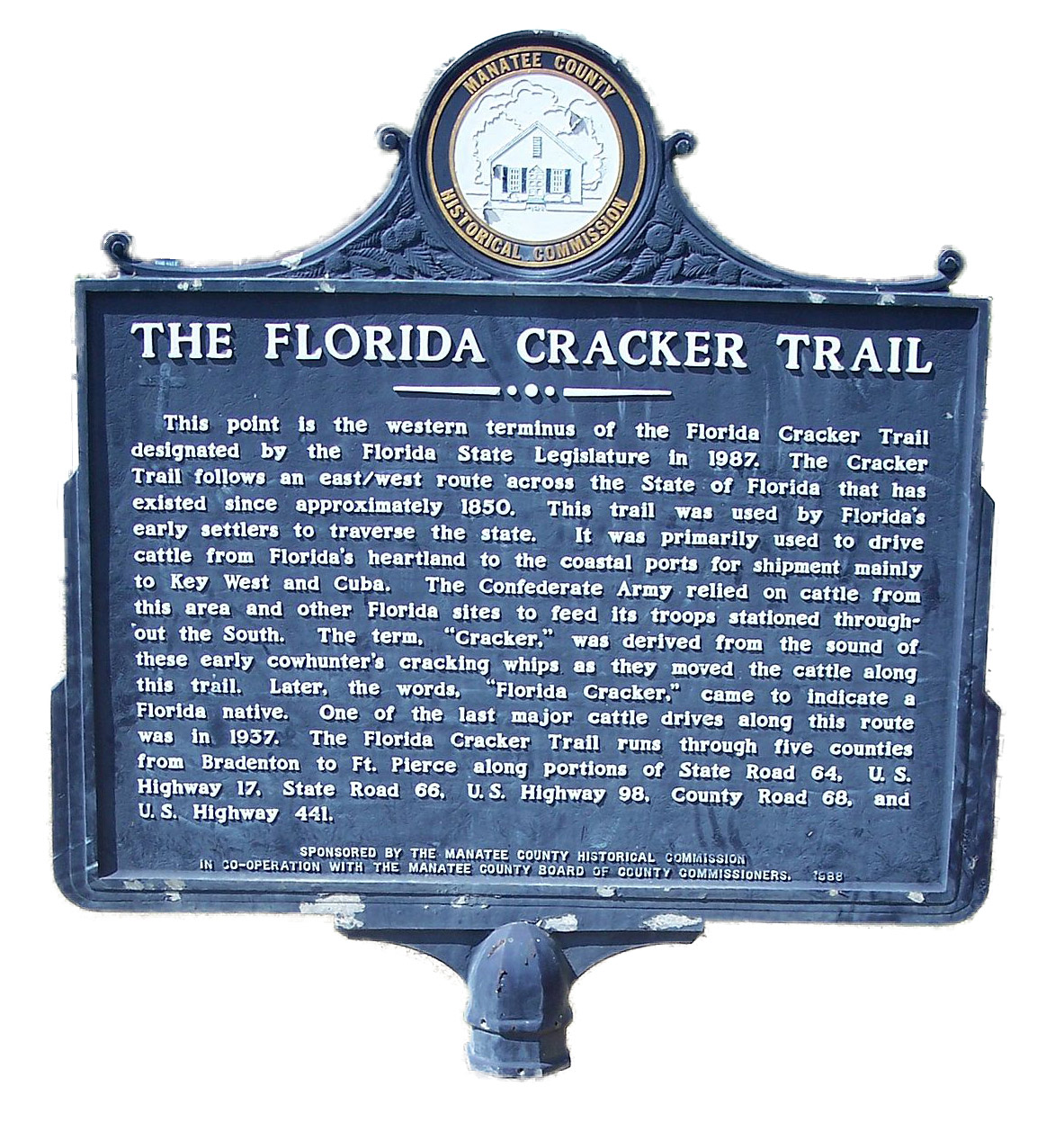 On November 20, 2000, the Florida Cracker Trail was selected as a Community Millennium Trail. The Millennium Trails is a partnership among the White House Millennium Council, the Department of Transportation, Rails-to-Trails Conservancy, the National Endowment for the Arts and other public agencies and private organizations. The goal of Millennium Trails is the creation of a nationwide network of trails that protect natural environment, interpret history and culture, and enhance alternative transportation, recreation and tourism.

An annual Cracker Trail ride is now held the last full week in February of each year. The ride begins at a site just east of Bradenton, Florida, and ends with a parade through downtown Ft. Pierce, Florida, a total of approximately 120 miles (190 km).

Each day’s ride is approximately 15 to 20 miles in length. The purpose of the ride is to draw attention to Florida’s horse and cattle heritage.