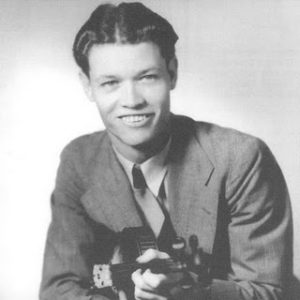 A popular fiddle tune known as the Orange Blossom Special, based on the famous passenger train of the same name, was written by Ervin T. Rouse in 1938.

A popular fiddle tune known as the Orange Blossom Special, based on the famous passenger train of the same name, was written by Ervin T. Rouse in 1938. It has been referred to as the fiddle player’s national anthem.

In a time when passenger rail transportation along the East Coast defined state-of-the-art travel in terms of speed, efficiency and luxury accommodations, the Orange Blossom Special brought affluent travelers from New York and the northeast population centers to basque in the Florida sunshine during the winter months.

A virtuoso fiddle tune further popularized this seminal mode of passage in American culture. By the 1950s, it had become a perennial favorite at bluegrass festivals, popular for its rousing energy. For a long time no fiddle player would be hired for a bluegrass band unless he could play it.

Norm Cohen, author of Long Steel Rail: The Railroad in American Folksong, wrote “For many years, Orange Blossom Special has been not only a train imitation piece, but also a vehicle to exhibit the fiddler’s pyrotechnic virtuosity. Performed at breakneck tempos and with imitative embellishments that evoke train wheels and whistles, OBS is guaranteed to bring the blood of all but the most jaded listeners to a quick, rolling boil.”

The lyrics of the song are in the 12-bar blues form but the full piece is more elaborate.

The Orange Blossom Special was a deluxe passenger train on the Seaboard Air Line Railroad and connecting railroads between New York City and Miami in the United States. It ran during the winter season only. 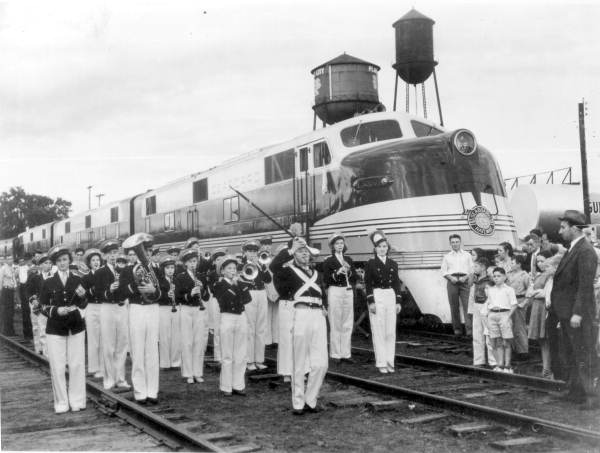 The Orange Blossom Special brought affluent travelers from New York and the northeast population centers to basque in the Florida sunshine during the winter months.

The train started on November 21, 1925 and was the brainchild of SAL president S. Davies Warfield, who wanted to capitalize on booming development in Florida at the time. Warfield believed Florida was a land of opportunity, and with fast, luxurious trains he could lure influential (not to mention wealthy) business leaders to the Sunshine State. In February 1926 the train took 35 hours to run from New York to West Palm Beach.

Spurred by the success of Henry Flagler and his rival Florida East Coast Railway in attracting travelers, the Orange Blossom Special became famous in its own right with effective use of unique branding elements that reflected the bright colors of orange, yellow and green on the signature locomotive engine.

E. M. Frimbo, offen referred to as The World’s Greatest Railway Buff, offered this account of a dining car chef who had worked aboard the train: “Our chef…spent nine of his forty-three years with the Pennsylvania Railroad as chef on the celebrated all-Pullman New York-to-Florida train the Orange Blossom Special — the most luxurious winter-season train ever devised by man. Nothing even remotely resembling a can opener was allowed on the premises. All the pies, cakes, rolls, birthday cakes were baked on board under his supervision. Cut flowers and fresh fish were taken on at every revictualing stop, and the train carried thirty-five hundred dollars’ worth of wine, liquor and champagne — these at pre-Prohibition prices — for each run.”

The service was suspended during World War II to free the equipment up for carrying troops. Its last run was in 1953.