The Future of Miami Marine Stadium

Built in 1963, Miami Marine Stadium hosted many remarkable events during its 28 year history: boat races, concerts (Jimmy Buffett, The Miami Philharmonic, many rock and jazz events), Sunrise Easter Services and much more. The Stadium closed after Hurricane Andrew and has remained shuttered ever since. The City of Miami is now making plans to restore the Stadium. 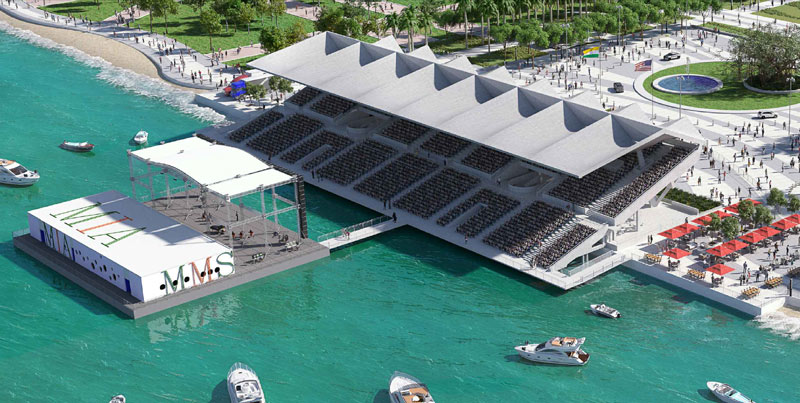 Don Worth will provide a power point presentation that describes the Stadium’s history, its present status, steps necessary to bring it back to life, and its remarkable and exciting future. He has been involved in the effort to save the Marine Stadium since inception. In 2008, he was a Co-Founder of Friends of Miami Marine Stadium, the original group that began the advocacy for the Stadium. Presently, he is the Co-Founder of the Advocacy organization, Restore Marne Stadium, website www.restoremarinstaidum.org, facebook age, https://www.facebook.com/Restoremarinestadium

A long time preservationist, Don was a member of the City of Miami Beach’s Design Review Board from 1998-2002 In 2006, he and his wife Nina Weber Worth developed a series of exchanges with Shanghai which ultimately led to MDPL’s 2007 Art Deco Weekend “East Meets West, Art Deco in Miami and Shanghai”, and generated a photography exhibit and book entitled “Art Deco in Shanghai and Miami Beach”. For his work on the Marine Stadium, Don has received the Peter S. Brink Award from the National Trust for Historic Preservation and the Harriet Harris Award from Dade Heritage Trust.