A History of the Brickell Neighborhood

Our Guest Speaker is Casey Picket of www.miamihistorychannel.com. 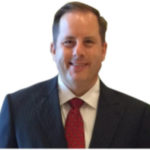 The talk on the Brickell Neighborhood will outline close to 150 years of history along the Brickell Avenue corridor from 1871 to present day. The presentation will discuss the Brickell family and the impact they had on what has become a brand name describing one of the most prestigious locations in Miami. The people, buildings, street names and activity types have changed through the years, but the area has been highly regarded throughout its storied history.

His paternal grandmother’s side of the family was in the citrus business in Apopka, Florida during the Freezes of 1894-95. The devastation of these freezes led the Combs family to eventually relocate from Central Florida to the newly formed City of Miami in the late 1890s and early 1900s.

Casey’s grandmother and parents were born South Florida. His grandmother graduated with George Smathers and Gardnar Mulloy in the class of 1932. His father graduated from Miami High in 1958 and went on to get his degree from University of Miami.

Casey’s maternal grandparents ultimately settled in Coral Gables. His maternal grandfather, Raymond Casey, was part of an ownership group that ran a popular restaurant on Biscayne Boulevard until the late 1940s.

Given his deep roots in Miami, Casey developed an interest in researching and writing about Miami’s history. He started the Miami-History Blog (www.miami-history.com), in 2012, and maintains several social media sites to share and engage those interested in Miami and South Florida history.

Along with Dr. Paul George, Casey is a co-founder of the Miami History Channel (www.miamihistorychannel.com), which provides online documentaries on topics relating to Miami and South Florida history.