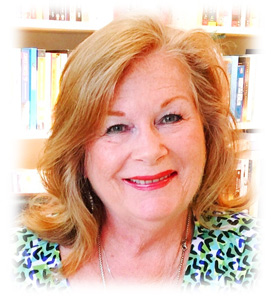 Florida’s size and shape meant a largely remote interior until shortly before the Civil War. The catalysts for blasting through that anonymity built railroads linking east to west and north to south: Their iron horses transported people — rich Northern tourists, rural settlers, slaves, and hired hands — and goods from around the state and the globe. Versions of the main lines run today, hauling freight in and out of the state and carrying passengers to connecting lines nationwide.

Author Stephanie Murphy-Lupo captures the state’s vast history — telling the tale of its beginnings as well as its future.

Stephanie Murphy-Lupo is an author, journalist and hyphenated “cracker gal” born in Jacksonville. Both sides of her family settled in the New World during the Colonial Era. Her paternal grandparents moved to Brooksville after generations of kin lived in Ohio. In the mid-1720s, her mother’s ancestors were Virginia cattlemen and their families who settled in the Carolinas, Georgia, Alabama, and DeFuniak Springs in the Panhandle.

Stephanie was a staff writer and columnist for the Palm Beach Daily News from 2000-2008, and her articles and photographs have appeared in numerous other Florida publications. She is the author of Day Trips from New Jersey (Globe Pequot Press, 2012); and Mud 2 Money, Eyes on Moscow: The Adventures of Gordon Devon Gaster (self-published in 2016).

Stephanie and her husband, Gerard A. Lupo, live in West Palm Beach, where she currently is writing a novel and screenplay.

The meeting takes place on Sunday, January 7th at 2:30pm at the Community Room of the Central Christian Church at 222 Menores Avenue in Coral Gables.