Mark your calendar for Match 4, the first Sunday of the month at 2:30pm for the monthly meeting of the Miami Pioneers and Natives of Dade historical society at the Central Christian Church Meeting Room, 222 Menores Avenue in Coral Gables.

Your Miami Pioneers and Natives of Dade Nominating Committee has been working to establish a new slate of officers for the 2018-2020 election cycle. Please come to the meeting on March 4th to participate in the process.

Remember, the April 1st meeting will be the election of new officers and board members, then the 2018 installation luncheon will be held May 6. Our last meeting of the fiscal year will be June 3 before we retire for the summer months of July and August.

Our guest speaker at the march 4th meeting will be Antonio J. Cotarelo speaking about Native Orchids of South Florida. 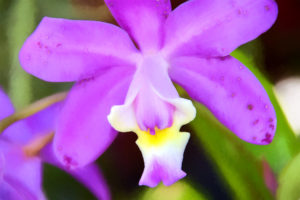 Antonio has been an active member of South Dade Amateur Orchid Club (SDAOC) for about twenty years, and has held several board positions, during that time.  He is currently the second VP of SDAOC.

Born in La Habana, Cuba, he emigrated to Venezuela while still an infant and lived there until he came to the U.S. to attend the University of South Florida where he obtained his Bachelors of Science in Civil Engineering degree, which he has practiced as a professional civil engineer for the last 31 plus years.

Antonio’s second passion has been orchid growing; he has been an orchid enthusiast since he was a teenager in Venezuela, where he started his collection with two cattleya species.  “I was so proud of my orchids, he says…One day, after school, I went out to the backyard to admire their blooms only to find that an iguana had eaten the flowers.  As a matter of fact, the animal was still there, the remnants of my purple Catt disappearing into its mouth as it chewed away.”

Over the years, his orchid collection has grown to over one thousand orchids of all types.  The Cattleya alliance is still one of his favorites, along with the Stanhopea family and its allied genera.