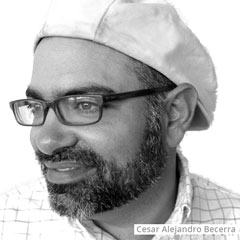 Historian Cesar Becerra offers a glimpse of the early days of William and Mary Brickell. Before the trading post. Before the Avenue. Before the Banks. William had to meet Mary and Mary had to meet William. They did so in a far off continent that had just sounded the alarm that gold had been found.

The mysterious and private Brickells and their time in Australia were brought to light in 2007 thanks to Paul George and Arva Moore Parks who helped contribute and edit Australian genealogists Denise McMahon and Christine Wild’s article in Tequesta Magazine.

Building on this historian Cesar Becerra travelled to Australia to push that research further, and in fact, walk in the footsteps of the Brickells as they made a life and found each other in a tiny but key city called Albury. Though Mary arrived as a three year old in 1840 years before the Gold Rush, William journeyed in 1852 following the initial California Gold Rush to a little known gold town called Yackandandah.

The meeting and dealings of The Brickell’s in Australia will be the subject of Cesar Becerra’s talk on January 5th.

His month long journey took him to Mary Brickell’s childhood home of Goulburn and later Albury where she met William where along with his business partner Adam Casner Kidd they opened a general store, a hotel and a stage coach company to shuttle miners to and from Melbourne and to the gold fields. Becerra also located the site of where they were married and a rare photograph of the actual building the ceremony took place in.

In all Becerra collected approximately 200 documents, most never seen and over 1000 photographs of places and buildings and objects that Mary and William Brickell inhabited during their years in Australia. He also met personally with a descendant of Mary in Sydney.